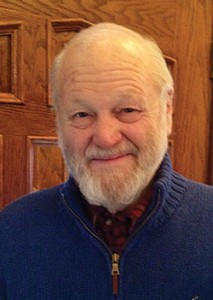 Robby Carroll came to ministry as a second career. After graduating from seminary he was ordained a Presbyterian Teaching Elder and he has served on the staffs of three churches and has been in private practice as a Marriage and Family Therapist for thirty-five years.

During those years he studied, acquired and practiced a number of counseling skills that included psychoanalyst insights, neurolinguistic programing, eye movement therapy, Marriage and Family Therapy, Guided Imagery, Cognitive Behavioral Therapy and The Enneagram Personality Profile. Both in his life and practice of ministry he has drawn on these and other approaches to achieve healing and wholeness.

In addition to marriage and family counseling, Robby has led support groups like Caregivers for Alzheimers patients, Divorce Recovery and Continuing Care for Alcohol and Drug Recovery. He has trained lay men and women in listening skills for Stephen Ministers.

Read more about Robby’s life journey in his book, Streams of Influence.

Robby lives in Atlanta, GA with his wife of 45 years Jane Hammond Carroll. Robby and Jane have two children and three grandchildren.